Baking lamb cake for the Easter holidays seems to be a rather uniquely German tradition (correct me if I’m wrong). It’s tacky (actually, „O, SO TACKY!“) but life would be sad indeed if we stopped doing all the things that do not elevate our cool factor. So I got myself the mould and braved it…

Naturally, I might also defend myself with the challenge that I felt so many years after seeing all of my previous attempts of producing this cake – which, without exception, took place during my childhood – result in failure and some mild degree of despondency. The mould usually would explode during the baking process with the pins of the model that we used (presumably antiquated even back then) not being able to hold the two halves together, or the dough would run through the gaps not leaving any „lamb“ to be baked inside. At other times, the dough would not spread well inside the mould and you ended up with a perfect derrière of lamb that, tragically, was missing a head.

Despite this early kitchen trauma, I managed to pick myself up over the years and produced a reasonable enough Easter lamb cake this year to feel encouraged to carry this new-old tradition forward.

Here is some practical advice that I believe may ensure good results:

The dough used for Easter lamb cake is typically a pound cake dough („rührkuchen„) which you may vary to taste. I found the recipe below very delicious. The amount of dough is good for a smaller-sized mould. I used it for a 0.7 l mould – it was a little bit to much, but I deliberately filled the mould up knowing that the baked spill-overs would find enthusiastic takers. I was certainly right about that. 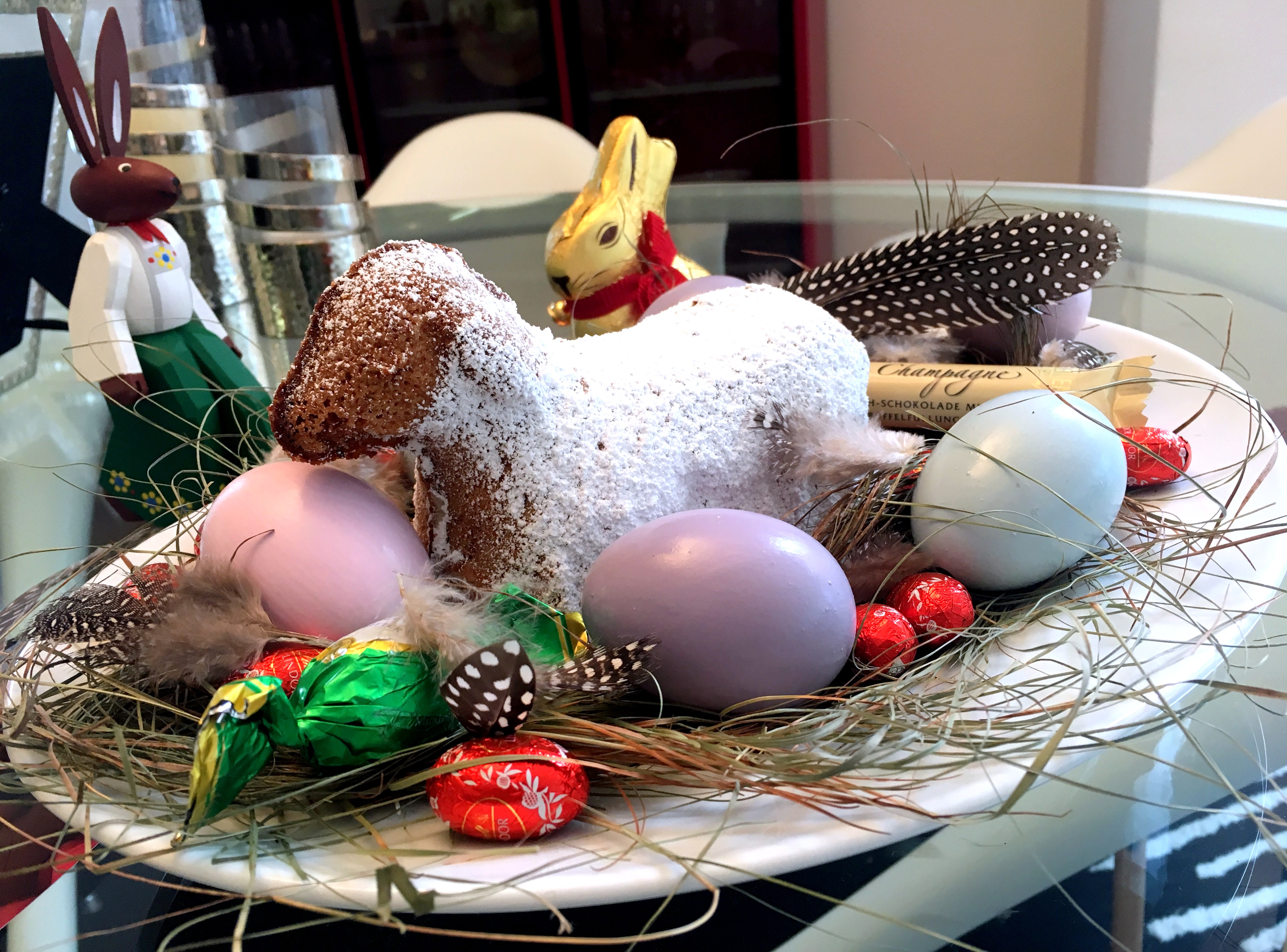