Well, bream (Dorade in German) is a very popular fish. It tastes almost identically to trout and like many other fish with the same relatively fat meat makes for a really good rustic dish from oven.

Most recipices recommend cooking this fish wrapped in aluminum  paper to keep in the juice. I actually think it can loose some of the juice in order to feel less fat while still soft and moist.

First time I had bream I was still living in Amsterdam and with a couple of friends and Sanni we went to a restaurant in East Amsterdam. My fish was wrapped in aluminum paper and a lump of mashed potato was also included in the same parcel. Back then I found the food great, but hey, we all grow up in one way or another.

Sometime later I had the same fish in another restaurant in Duesseldorf, except that the fish was grilled on hot stone and was really delicious.

Since then I have worked in using spices in order to improve the outcome further, combining it with an old northern Iranian recipe and South Asian ways of spicing the fish.

I also tend to make all the grilled fish I make on hot stone, which I learned from the way aboriginals in British Columbia cook the salmon traditionally.

The result is a really tasty fish, but I am still working on the look.

How to make it: 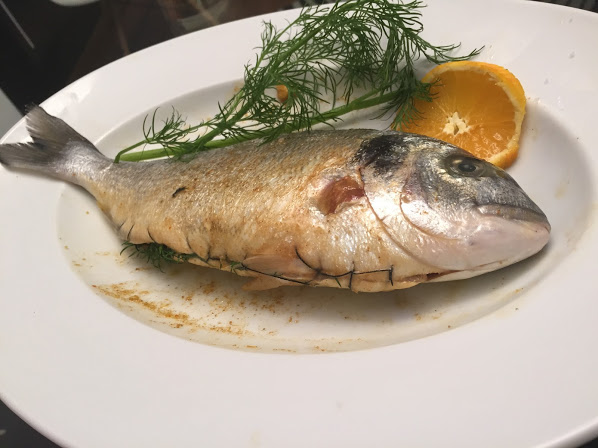