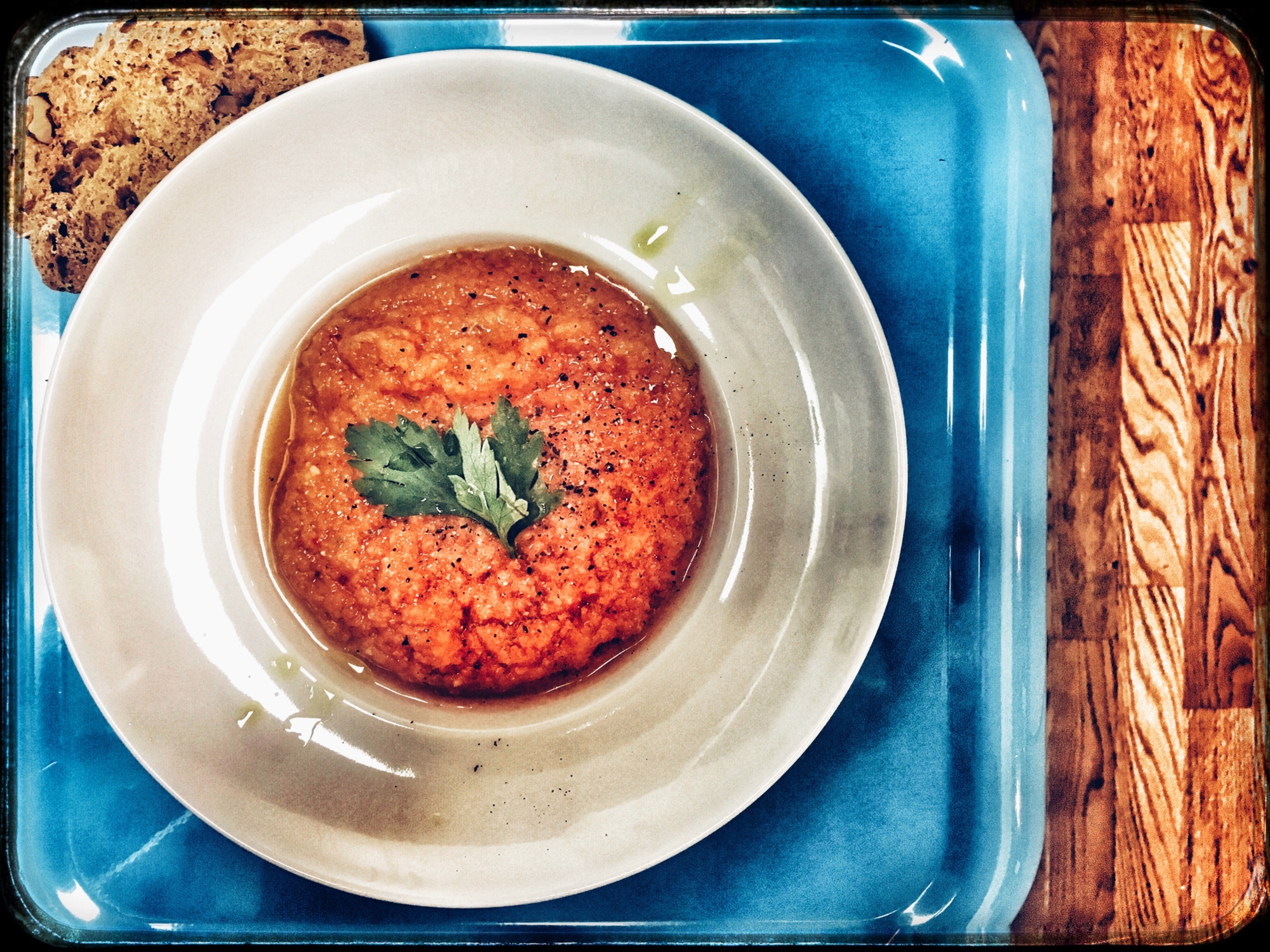 In the midst of the summer heat wave, it is time to look South and do as the Spanish do! In my book, no dish could possibly fit more perfectly into the box of „ultimate summer dish“ as lovely fresh chilled gazpacho. And even though we do not get such nice tomatoes and vegetables in Berlin as you do in the Mediterranean, it is hard to resist the wonderful smell of cucumber, tomato and pepper as you squeeze them up and find your appetite returning just as you thought the heat had taken it all away! 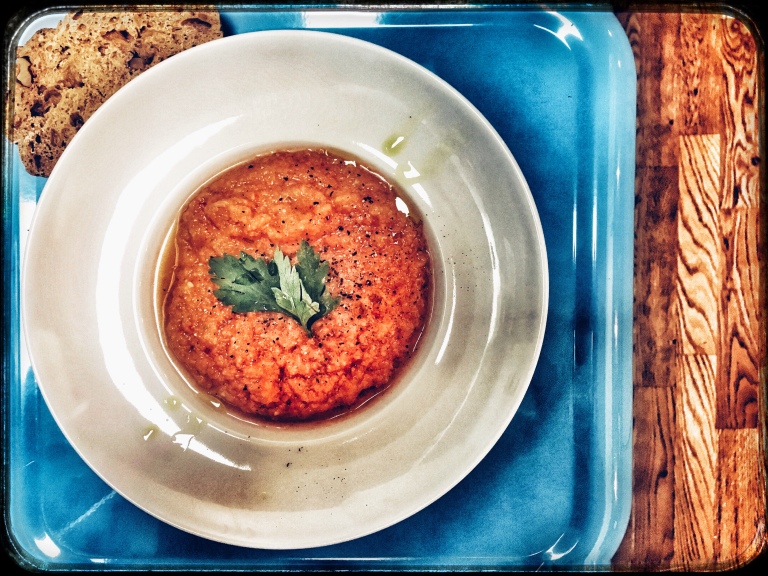 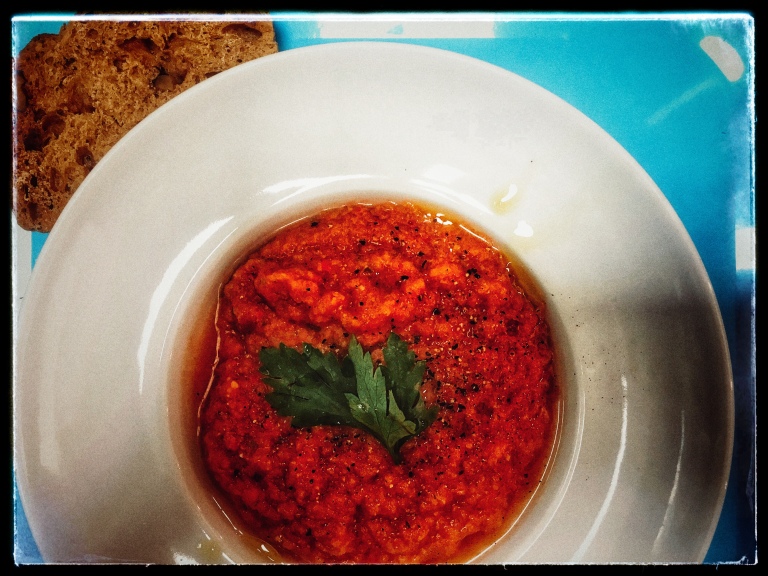