Despite a beautiful hot summer’s day, I felt a bit tired of barbecuing chunks of chicken or seafood, which I had done rather excessively this summer, and instead opted for a summery veggie penne dish. Mind, I still ended up throwing on the barbie for roasting the peppers, but otherwise this doesn’t really feel like barbecue dinner to me which was the point 😀

You can easily make this fully vegetarian by skipping the pancetta and using vegetable stock instead of chicken stock. For a vegan dish, also skip the parmesan. 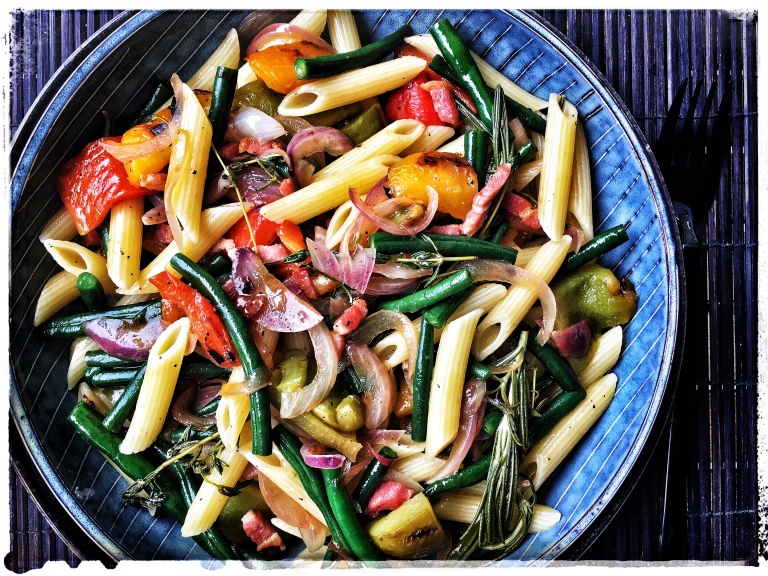