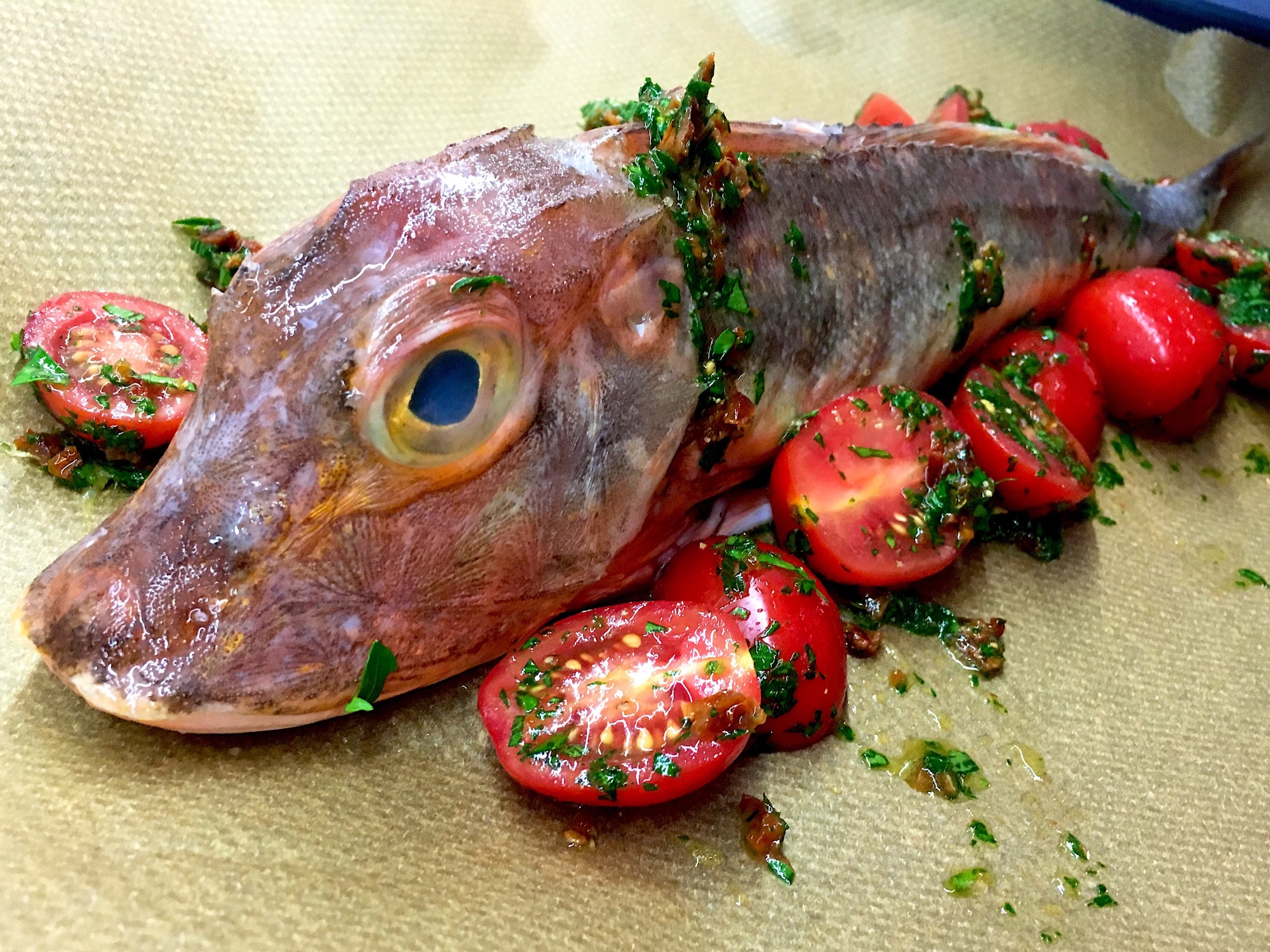 Being a curious person – especially (but hopefully not only) when it comes to food – I could not simply pass by the fish counter when exhibiting this googly-eyed fellow with the colorful German name of „Kuckucksknurrhahn“ (which literally translates into English as „cuckoo growl rooster“ – no kidding). So it was settled that Saturday night would be fish night.

Gurnard sports a rather dense white flesh and is best either steamed or baked in the oven whole. This recipe comes from Sardinia and uses sun-dried tomato and lemon for flavoring. 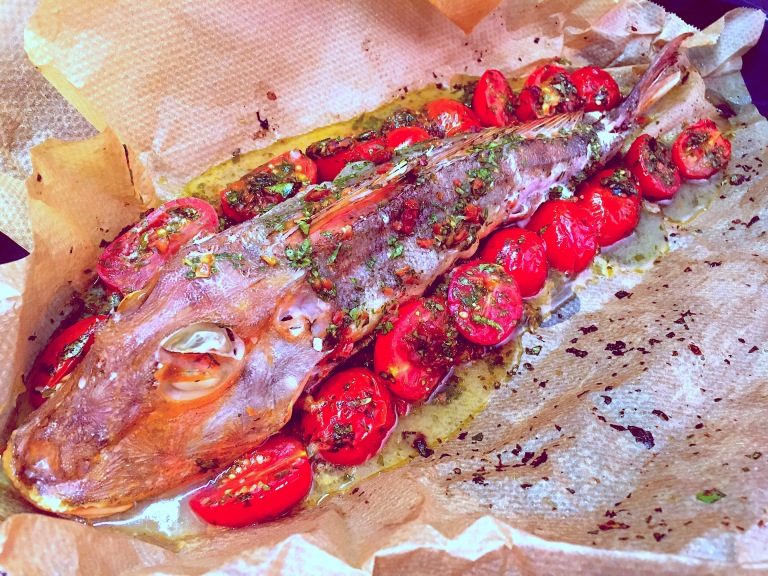