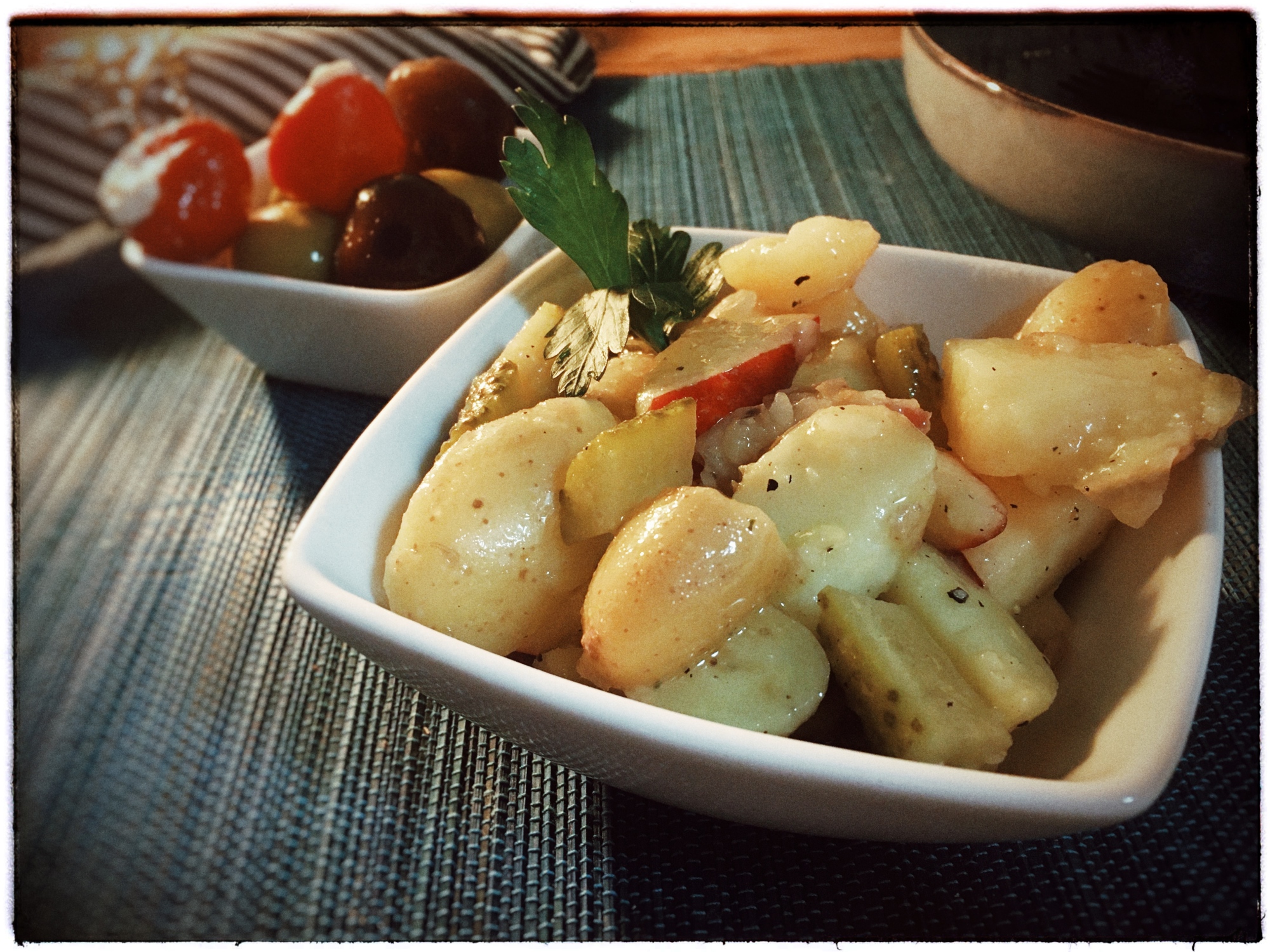 This is a recipe I learned from my mother who is herself not very fond of the mayonnaise-laden potato salads that are typically served in my Westfalian home region. So whenever my mother makes a potato salad herself, she does it as described in this recipe.

Originally – i.e. the way my mother makes it – the dish is made with broth only. However, I find it adds an extra layer of flavor to add a bit of oil and vinegar. I typically use small waxy potatoes with a thin skin (a sorting called „drillinge“ in German). It not only saves you the trouble of pealing potatoes, I think it also looks much nicer in the bowl. 🙂